skip to main | skip to sidebar

Another year gone.  Hard to believe I have been retired for over a year now.  I really have not been able to find time to keep up this blog.

Well, as the year wraps up, I can only reflect back on what has been a busy year.  Did not do as many Star Wars events as other years.  I did get to Southern IL for the solar eclipse.  The garden this year had a lot of fails and a few successes.  Too much flooding in the spring.  Rabbits were again a problem this past year.  I tried a bunch of new canning and preserving recipes and they seemed to come out well.  The winter started out pretty mild, but we have the old "polar vortex" going.  Finances should start improving a bit now that I have Social Security coming in.  I started collecting SS last month. 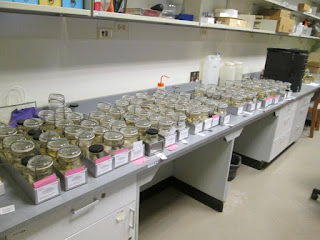 One thing that is pretty exciting is that I am now a volunteer at the Field Museum.  I am volunteering every Friday in the wet insect lab in the basement of the Field.  I am just doing some of the low jobs on the totem pole.  That is fine with me as I don't have the proper education for doing anything else. 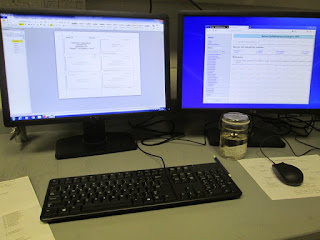 I do get to handle specimens and am working on organization, labeling, and things like that.  It is really interesting.  My first project was re-labeling the Isoptera collection.  After several weeks, it is done and ready to be put away.  Wondering what my next project will be. 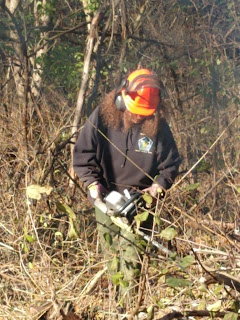 I have put in over 450 hours of volunteer service for the Forest Preserve District of Will County this year.  I wanted to try to put in as much time as I could and see what kind of a difference I could make overall if I was able to put more time in.  A lot of projects did get done out there, but as always, there is so much more to do.  I also spent a lot of time volunteering at LaPorte Rd Access this year as we finished up one large project and started several more. 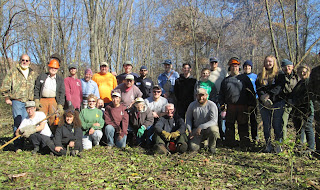 There were also contractors hired to work on some basal barking of invasive species and thinning of others by cutting and burning.  It will be interesting to see how a lot of that went this spring when it becomes evident if the various invasives have the ability to green up.  Hopefully, they are pretty much dead. 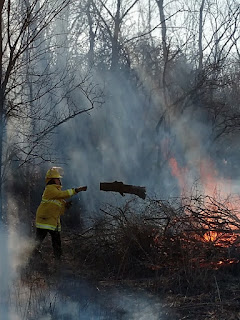 The contractors worked in a lot of areas that I simply  have not had the time to get into yet.  We are also starting to work on what I consider the last "big cutting" area at my restoration site.  We really kicked some serious ass at the Work Off The Turkey Workday.  We cleaned up a really large area and the contractors were also back there basal barking what we did not get cut.  It should look amazing come this spring.

I did not get a chance to do any burns this fall season.  There were only a couple of times I got notified and I was busy on the days that the word went out. 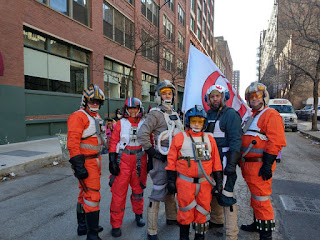 This year I again did the Thanksgiving Day Parade downtown.  It was not a particularly cold day this year but it was not warm either.  I did, however miss out on Thanksgiving dinner due to a snafu and a break of communications.  It was one of those few times that a cell phone would probably have been a good idea.

It is always fun to be downtown early on Thanksgiving morning.  Our group is always well received by the folks who line the parade route. 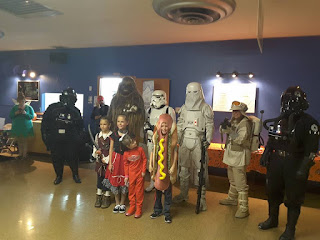 On 10-28-17 I did a really brief Star Wars Halloween Party in Joliet.  I wore my Hoth Trench Trooper costume.  I really have not worn that one much this year. 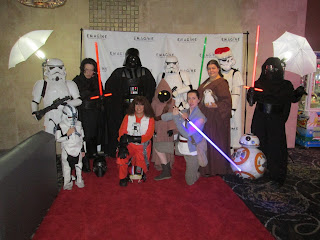 Of course, the next Star Wars movie "The Last Jedi" came out recently and on 12-16-17, I did an event at the local Emagine theater on behalf of the Boy Scouts.  After we did the photos with the scouts, we were invited to view the movie.  For the first time I left a Star Wars movie pretty much vacant of any emotion.  I was not excited about it, nor did I dislike it.  I went to see it a second time thinking I would get more out of it and I really didn't.  Very strange.


I really didn't do anything for Christmas Eve or Christmas Day.  Not sure yet about New Years.  Tomorrow (New Years Eve) a bunch of us are getting together for a workday at LaPorte Rd and then maybe a late lunch with the family.